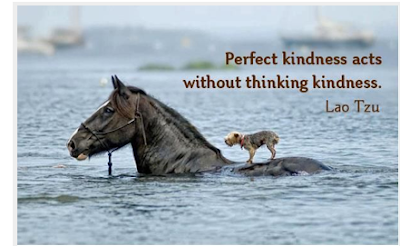 Kindness is COMPASSION in Action.

Kindness is giving without thinking. It is the act of offering food or shelter to a homeless man or refuge to a teenager who’s parents have thrown them away. Kindness means never expecting a return on investment. When you give from your heart without expecting you will be rewarded.

Being kind to others makes us feel good. Our hearts smile, our vibration is raised. Helping others is a natural tendency when we are in touch with what is in our heart. Random acts open our hearts to the beauty that is within our grasp in a flash and then its gone. Our opportunities to assist others are brief, but ever so meaningful. Today more than ever our neighbor’s, teenagers and complete strangers need our help as they navigate the challenges of life, in a poor economy with lost jobs. Many are juggling multiple positions to hold onto what little they have. More teenagers are living on the streets today than in the last 100 years. It makes me wonder if we have progressed at all sometimes.
Parents are abandoning their responsibilities in lieu of new relationships or simply making personal decisions to abandon their family and old lives.   So many people feel the pinch of the world’s economy. Now more than ever we need kindness for our self and others. Being kind to ourselves is often forgotten in the bedlam of life.

Kindness can be as simple as holding the door for someone to enter or exit ahead of ourselves. We perform acts of kindness without expectation. The more we open to giving selflessly, the more our hearts open and fill with love. 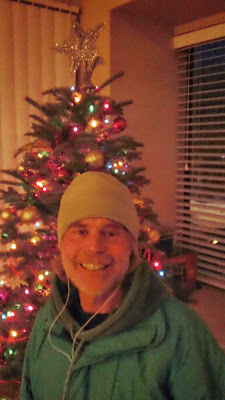 When you are awake and aware you notice people that are meaningful and strategically placed on your path. After a snowstorm in late November, 2011 I walked through a grocery store in Boulder, Colorado. I noticed a bundled up man standing talking to another in the Starbucks. He was tidy and clean looking. His aura was filled with light. I knew from past experience when someone has a golden halo around them that God was showing me he was someone I needed to pay attention to. As I completed my purchase and walked through the store, I was disappointed to find he was no longer in the coffee shop. As I walked to my car in the slush filled parking lot I was pleased to see him bending over his bicycle fastening a case of diet coke  onto the rear carrier.

He looked up and noticed me also. Kismet, synchronicity or Divine Intervention shows up when you are paying attention. I was so drawn to this man, he felt like a magnet. I  told him the diet coke would probably kill him, and smiled. That was all it took. In 5 minutes this man told me his life story that was so much like mine that it nearly knocked me over. He told me how he loved his father and was written out of his will, how his younger brother shot himself on their front porch after a serious battle with depression and low self esteem. He teared up when he spoke about his brother and what his mother had done to both of them. His mother molested both the boys, from the time they could remember, for years. Molestation by a mother is far more severe than any other. Our mother’s are the nurturers and protectors. To have had that boundary crossed made both these boys snap.  Many of my clients have experienced molestation, it causes us to search for a deeper meaning in life.


I had never heard such a story as Mark’s, it is so sad and dark I refrain from writing the details. I felt compassion and understanding for this man. He shared with me he had been homeless for almost 8 years. He knew the exact number of days, weeks and months on the street. He was clean and sober and smoked pot for solace. He gave up drinking because he knew it was killing him. He had devoted his life reading and studying and doing what God asked him to do. He talked about how he had given up his old lifestyle and about his storage unit in Texas filled with his paintings. He had learned the meaning of life and how to heal himself. He spent a great deal of time at the library, reading. I found that it was a place that the homeless hung out.

I knew that this was not a chance meeting, they never are. Every person we come into contact with has a part to play in our lives. We often learn something from these experiences. I knew that I needed to be kind to him and offer him a respite from his life on the street. I was not afraid of him, and knew he would appreciate a warm apartment and a chance to be with a family. I asked if he would like to come with me to Home Depot to buy my family’s Christmas tree. He was ecstatic at my offering of kindness. I did not even realize the depth of his gratitude till much later. I asked him to help me bring the Christmas tree to our house.

He was like a little boy, excited, buoyed up at the prospect of helping me. We chose a tree together. His generosity overwhelmed me. I had never seen such a generous spirit with so little to give. There was a clown like boyishness to him and I never was in fear for my safety. I was intuitive and my guidance was invite him in.

I brought Mark home with me and he met my family. I gave him some hot coffee and he asked if he could clean up my kitchen for me. At first I hesitated. Adam looked at me with an expression that meant, “let him mom he wants to return the favor.”


Mark had visions and insight into The Universe that he shared. He told us stories of his experiences on the street and in the homeless shelters he had known. He had been homeless for 2,553 days when we met. We talked about prayer and the power of it. He was a very spiritual man. His vocabulary was large and he talked a lot. I felt he was terribly lonely and was so happy to have a warm place to be with kind people.

I learned that homeless people name themselves. They each have a moniker that they use. Rather than using a first name, some that I have heard are, “The Raven,” “The Silver Hawk,” and “High Planes Drifter.” Mark called himself, “The Whale.” He used this name because he felt he was so large. He was referring to his energy in the universe.

Our relationship with Mark, “Marcus The Whale” extended over years. We watched Mark’s mind recede and fantasy take over. He had anger that came up when he talked about some of the police and government officials and what he had to endure living on the street. Other homeless people were “nutjobs” and “crazies” to him. Many were alcoholics and still drinking. Their minds had gone. Acceptance was the name of the game. We accepted him.

As far as cleanliness, there was no problem. One of the first things Mark asked was to use our shower and wash his clothes. He only had one change of clothes and two pairs of socks. He traveled light. He carried a new backpack that was orderly and neat. He was  obsessively compulsive when it came to cleanliness. It made life difficult to be on the road, or in a homeless shelter. It was far easier to not care about being clean, when you were homeless.

Mark asked permission to stop by in the afternoon when he was in the neighborhood. He had a schedule. Awake by 5:30 or 6:00 AM, Burger King for 57 cent senior coffee. I had no idea you could get coffee for so little till I met Mark. He visited often. Our home was a quiet respite for him from the craziness of the homeless world. When he visited, he always had some gift, usually food he paid for with his EBT card. Mark found out that Ariel liked Dr. Pepper, pizza and pop tarts. He would show up like Santa Claus with bags of goodies for her. He knew I didn’t buy food I considered crap, so he indulged her. I found it amazing that a man who had so little would give us half of what he had. This is true kindness and giving from the heart.

My son is still in touch with Mark from time to time. It has been almost a year since we saw him since we are living in California. Adam is saddened to report that Mark’s mind is more fantasy than reality. You cannot be soft and homeless. Living on the street takes your humanity away. It is a shame to hear a man who’s life experience was so difficult that fitting into society became impossible.

2 thoughts on “What I learned from a homeless man”