Today is the beginning of the second Mercury Retrograde of 2015. I remember when I used to cringe when Mercury Retrograde would come around. It used to seem that as soon as one retrograde was completed, another would be arriving. Over the years, I have found great uses for Mercury Retrograde. There are ways to navigate the communication, travel and contractual challenges. Today, I will share some of my biggest secrets with you.

What is Mercury or any planet retrograde? A retrograde is a period of time when a planet appears to be turning in reverse. During the retrograde period the events that the planet governs could be disrupted or turned upside down.
The Good
There are many benefits to a Mercury Retrograde. What you have to do is learn to work with this energy. A retrograde is all about going back. Recovering, re-doing, re-leasing, re-turning, re-organizing, re-parenting, re-newing… you get the picture. It is a great time to re-finish furniture, clean out closets and get rid of anything broken or in disrepair. If you don’t wear it, get rid of it. While you are at it, clear out your e-mail, your computer full of old downloads you never read and photos that don’t mean anything any more.
My Latest Mercury Retrograde Date
I met a nice looking man on my way home from Colorado in January when Mercury was retrograde. We chatted at a McDonald’s when I stopped to get Mc nuggets as a treat for my dogs after losing Yoda (my small dog) in Arizona. He was a builder, named “Richard,” like my ex husband – Richard who was also a builder (bringing the past back around). In the shadow point of this retrograde he called me after almost six months, as he said he would when he came back to California and asked me for a date. We agreed and had a nice time at dinner talking.
A NEW LOVE DURING A RETROGRADE?
If you meet someone during a Mercury Retrograde and begin to date, you will just as quickly realize that the love isn’t there, or something isn’t right. A love that begins during a retrograde doesn’t last. Which is another reason to be watchful of the dates when you meet someone new.
By the end of the evening I recognized some behaviors that brought on the marching band and the waving red flags. It was over just as quickly as it began.
What Does Mercury Rule
Mercury governs intellect, speech, education, intuitive power, communications, communication devices, phones, computers, cars, travel, contract negotiations, legal contracts. The way you think and communicate with the world outside, all has to do with this planet. Mercury rules Gemini. Mercury governs the hands and therefore manual dexterity. Mercury rules the nervous system, virility, solar plexus, bowels, arms, mouth, tongue, eyesight, ears, nervousness, sciatica, mental disorders, diarrhoea, ulcers, warts, moles.
Travel 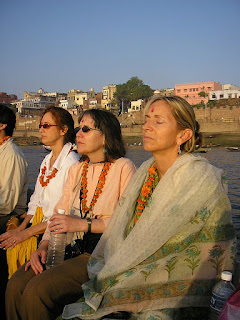 Most people aware of what Mercury Retrograde can do to travel plans, always allow extra time and maybe a change of underwear or a bathing suit in their carry-on bag, just in case. Flights can be canceled, delayed and luggage can be lost.
My Experience With Travel 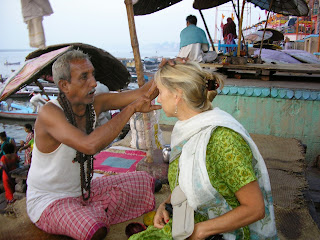 The first time I traveled to India, I traveled during a Mercury Retrograde. My first flight was cancelled. I barely made my connecting flight by running as fast as I could to another gate to get on another flight. My luggage didn’t arrive in India for another five days! Talking about needing a change of underwear! My travel companions gave me new Victoria Secret underwear to help me out. I of course, bought some beautiful Indian garb that I have to this day.
Contracts and House Sales
You don’t want to sign a contract during a Mercury Retrograde. When my ex was building houses he always had delay after delay with any home building where the contract was signed during a Mercury Retrograde.
You also don’t want to sign a contract to sell your home during a retrograde. The sale may not go through and you will experience many delays. The delays might be due to the purchaser not being able to get a loan, or some other reason, that creeps in. One of my long-time clients signed a contract during a retrograde. Lost the first sale, signed another and that one was rocked with delay after delay. The last I heard she lost money on the sale and the house didn’t sell as she thought.
Can’t Get It Up?
Mercury rules virility. If you have issues with erectile dysfunction over the next three weeks, take a step back and see what you need to re-do, re-think, re-move?
You Can’t Stop Living
Of course you have to continue to go about the business of living your life. This week I am traveling back to Colorado – again. For me because I am returning to a place I used to live, it works! Remember all the “R” words above. Go clean your closet or your desk drawer, but get something re-done!
What Not To Do During A Merury Retrograde If You Can Help It! 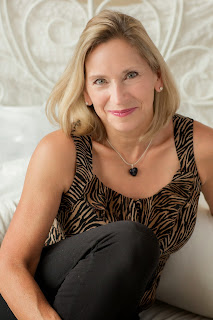 Jennifer Elizabeth Masters is an author, love and passion coach, hypnotherapist and Master energy healer. She is a catalystic healer naturally, meaning she helps your release your stuff while talking with her. Jennifer works with those committed to living a happier life, with deep meaningful relationships. She herself has healed her codependency, addictions, depression and low self esteem. She lovingly and compassionately will move you forward out of your story, mind chatter, negativity, anxiety, sadness or depression with ease and grace.
You can watch her You Tube videos here. Or connect with her via e-mail for your free 30 minute discovery session to see if her work is a good fit for you.