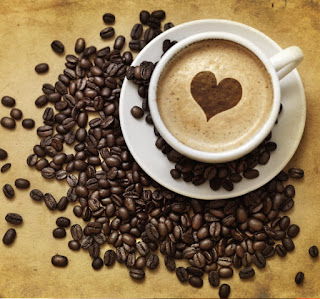 I had a lovely morning ritual. Rise between 5:30 AM and 6:00, let my dogs and cats outside and brew my morning coffee. While I was feeding my menagerie, my coffee would be filling my kitchen with the rich aroma of roasted coffee beans. AHHHH! I loved my morning coffee. Like many addicts, I had my special way of preparing coffee. I drank mine with half and half.

Like narcotics and cigarettes coffee and caffeinated beverages are addictive substances that cause a slew of health problems from heart arrhythmia increased blood pressure and even bladder cancer. Don’t get me started on energy drinks and kids! That is an entirely different article.
Coffee Is A Drug
Most people don’t look at coffee as the drug that it is. Over 15 million Americans are hooked on coffee. I was one of them. Coffee was the first thing in my mouth and possibly the only thing I consumed for several hours. I often sat down with my coffee to write my blog or do a session with a client, topped off with a couple of Walker’s shortbread cookies I was good to go! It got me revved up for my dancing routine in the desert. It kept me going late into the night when I was writing books or creating webinars for my clients.
I was aware that caffeine is a stimulant. I also knew that one cup of coffee has a half-life of eight hours. What does that mean? If you consume 16 ounces of coffee in the morning, eight hours later half of the stimulant is still circulating in your bloodstream. Caffeine causes your adrenal glands to push adrenaline through your bloodstream, causing adrenal fatigue. It is just like the fight or flight syndrome but happening daily.
Symptoms of Withdrawl
A coffee drinker might get a headache or even a neck ache from lack of caffeine in their system from missing just one cup of coffee a day. Irritation or anger can even result from caffeine withdrawal. Irritability and lack of focus for some coffee drinkers can result from just one cup of coffee a day. 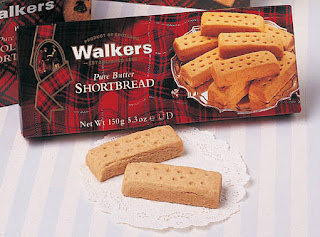 Tea Has Caffeine Too
Some days I would drink two cups of coffee in the morning and begin drinking hot tea in the afternoon when the coffee would start to wear off with a few more shortbread cookies. If I got fatigued, I would continue to drink tea till I went to bed. One cup of tea has about half the caffeine as a cup of coffee.
The Downside of Caffeine
The average American consumes 26 gallons of coffee a year. Coffee and caffeinated beverages are linked to the following health issues.
How Did I Feel?
Once I made the commitment to give up all caffeine and sweets, I stuck with the program. The first day was fine. Day two, I had a headache and general malaise. By Day Three, I started getting flu-like symptoms, body aches all over my body. As an Intuitive, I am very tuned into my body. I felt the chemicals pulling from my upper back, thighs, and fatty areas.
Today marks Day Five and I recognized how much I missed the caffeine buzz that amped me up in the morning. I even considered, briefly having just one cup today. I realized how ridiculous that would have been as I am over the worst of the withdrawal already.
The Upside of Giving Up Caffeine
My lifestyle is quite clean. I was kidding myself thinking that drinking coffee was okay. It was like a dark little corner in my soul. I received frequent nudges from my Guides who often told me, “You need to give up coffee for your health.” I know I am worth taking care of. I love and respect my body enough to treat it well. Giving up coffee and tea is my last vestige from my dark past stemming from my childhood.
I cleaned up my codependency. I no longer feel I need a man to feel whole or complete. I am complete by myself. YAY ME! I am done with my shopping addiction and a sex addiction. In fact, I have lived a celibate life off and on for almost two years. As far as shopping goes, I dislike shopping. This caffeine addiction is the last of a cascade effect from trauma. Most people who have childhood trauma have some form of addiction. Now I don’t.

The Best Part!
I have already slimmed down and my cellulite is diminishing as we speak! I have a video I am working on to show my new dance workout that I do in the desert. I am delighted at how my body is looking after dancing daily. I have more energy and am sleeping better without the caffeine in my body.

My skin is more supple and less dry. My face looks plumper, like it has better hydration. This is a plus if you are concerned about wrinkles or aging. Caffeine ages the skin.

Health Benefits of Giving Up Caffeine

Just how widespread is coffee drinking? The average American drinks over twenty-six gallons of coffee per year, but perhaps more germane to the discussion is caffeine itself. Coffee has over three hundred chemicals; caffeine is only one of them.v

The following chart is from the Mayo Clinic. The recommendation on their site is to use the caffeine content as a guide as the amount of caffeine can vary from day to day at the same coffee house, depending on distributors and brewing procedures.