Till Death Or The Money Is Gone

Excerpt from Orgasm For Life

To illustrate the polarities of sex in two different ways, I have included two real life stories. 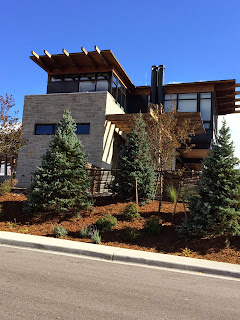 Susan and Simon were happily married. Their marriage was strong encompassing more than two decades. Their relationship had weathered many ups and downs, as most do. Simon was a successful attorney who founded his law firm, just before the downturn in the economy. They lived in a grand and beautiful home in an affluent community. His business diminished causing them to have to sell their home and move into a much smaller home in a very different socio-economic area.

Susan’s friends changed when their status altered. It caused her great distress. Her sense of worth diminished when they left their beautiful home. She unconsciously blamed her husband for their plight. Simon kept his sense of humor, for the most part, while he worked long hours, helped around the house when he could. On weekends, he helped Susan entertain. They created fun, themed, dinner parties. All Simon wanted from Susan was regular sex. Susan felt that Simon was not connected to his heart and just wanted the physical aspect of sex. She was determined not to have sex with her husband unless he changed. Simon was shut down emotionally because of the rejection. He felt neglected and unloved by having his repeated advances denied.

Simon became increasingly irritable, resentful and sniped at his wife. Susan took his sniping as a personal assault and dug her heels in deeper. She continued to refuse Simon sex. (A stand-off occurred with neither party wanting to budge.) Both were left frustrated and angry. The constant sparring took a toll on their marriage, impacting their happiness and that of their children.

George was a multi-millionaire stockbroker, traveling the world. George entrusted his home and money to his brother while he was away. His brother embezzled his money to the point that George and Claire lost their mansion and all that they owned. Destitute and broke they had to live in their car with their two children. Claire stuck by her husband, supporting him and loving him through these changes. She wanted to help her husband and continued to have as much sex with her husband as he wanted to help him through the challenging days and nights. Regular sex helped George feel better about himself. George said later that the only thing that got him through these difficult times was the support of his wife.

We can see that two couples had a very different outcome from similar circumstances. It is how we allow circumstances to color our intimacy and taint our relationships. Staying connected during challenging times through open-hearted communication and regular sex can turn difficulties into growth for both parties. For men, sex opens their hearts creating deep intimacy and more connection. When we refuse sex, they clam up and won’t allow themselves to be vulnerable.

The bottom line is a sexless marriage is not a marriage at all. Eventually after years of mediocre sex or no sex, one or both of the partners will either stray or divorce. Sex along with love and truthful communication is the glue of our relationships. It allows men to open up and allow their woman into his inner sanctum. Without sex, men shut down emotionally and generally will not allow women in. Women too will find other ways to find satisfaction, or end the marriage. Being rejected by your partner can negatively impact your self-esteem.

People will stay together in marriages where divorce is not an option. For others, when tension continues for too long one person may decide that they have had enough. A sexless marriage can help you make the decision to get out of a dead-end relationship that apparently isn’t supporting you.

Sex, trust, and heartfelt communication are the keys to deep intimacy. When both parties are involved and satisfied, it opens communication channels, helping to alleviate fears and discord. Sex is a component that creates and build trust and intimacy in a monogamous relationship. When there is no discussion about an issue of sex, arguments can break out, like brush fires. Before long, the small fires burn out of control. Little things become blown out of proportion. Sex helps to release tension within the relationship, breaking down the ego barriers that we often create through our fears of intimacy, of being abandoned and or betrayed.

If this article helped you, please share it with a friend. Sharing is caring! If you are ready to take your life, relationship, or self-esteem to the next level, book your FREE discovery session right now!

Aphrodite Effect is all about the effect of LOVE on all that we do. Venus was the Greek Goddess of love. She was an ageless beauty, powerful, strong, respected, sexual and knew who she was. She loved herself 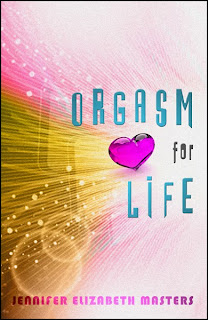 Find my books on Amazon to get you moving in a positive direction.
Download my FREE app with 10+ hours of
FREE
recorded sessions with Jennifer!