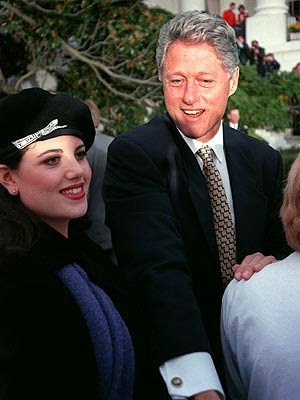 Remember Monica Lewinsky and Bill Clinton? Most of us do. Bill Clinton created a paradigm that many adults and plenty of teens today are living. Clinton said and I quote, “I did not have sexual relations with that woman.” Monica Lewinsky’s dress told the truth. Many believe what Clinton created: oral sex, does not constitute sex. WRONG! The fact that Clinton’s semen spilled over the front of Monica’s dress proved a sexual affair.

Sex isn’t bad or wrong in fact, sex is perfectly natural. Pretending that you haven’t had sex when you have is denial. You can’t be partly pregnant any more than you can sort of dable with a penis or a vagina. If it involves a sexual body part, it’s sex. It’s really very simple.

The Truth Will Set you Free!

Monica Lewinsky was 22 when she fell in love with Bill Clinton, her boss. The price of her affair was shame. Her TED Talk is enlightening. Monica Lewinsky became infamous due to the Internet. It was the click that reverberated around the world. She was humilated world-wide.

In the process of being cyber-bullied and ashamed, Monica Lewinsky almost lost her life. Shame and humiliation are issues that I help women heal from. The more numb that we become, the more we are attracted to public humiliation. It is a symptom of the culture we have created. Our beliefs need to be changed. Public shaming needs to stop. Shame cannot survive empathy. Empathy from one person can make a difference. Instead of bullying, post positive comments instead.