From the time I was a little girl, I had a fascination with death. My grandmother first, then my grandfather. My father’s passing gave me tremendous insight into what it means to have everlasting life. Death isn’t final. Death is of the body but not of the spirit. If you have ever seen an orb, you have witnessed a spirit from the other side.

This September 22nd, it will be 27 years since my father died of leukemia. I remember my oldest brother, Tim asking him to give us a sign he was okay when he arrived safely on the other side. We all sat at my mother’s kitchen table after my father’s funeral, my aunt Doris and uncle Bill serving us all tea, taking care of us. All of a sudden without any storm or reason the lights went out. Tim immediately said, “Hi Dad! We’re so glad you are okay!” We all looked at each other remarking that we all knew it was Dad stopping by to say hello and let us know he was fine.

The messages I have had from spirits over the years have been, “More than fine! Happy and at peace!” They watch over us back here. We don’t need to worry about those who have crossed to the other side. They are happy, comfortable and doing great. They are out of pain, misery and finished with suffering.
How Do You Recognize A Familiar Spirit?
My father felt the same in spirit form. If you close your eyes when you are sitting beside someone, there is an essence we sense their presence. That same essence remains always, it is their spirit. I always feel my father when he shows up to check on me. I could be talking about him, or thinking about something he taught me, and instantly I feel his presence.
In the early days, immediately following my father’s death he would sit with me in my garden. He was an avid gardener, so it made sense that spending time in my garden was pleasant to him. He taught all of us about gardening. I went on to become a Georgia Master Gardener and then a landscape designer and ran a successful landscape business in Atlanta, Georgia for eleven years. One of my brothers became a farmer. Each one of us learned alongside my Dad.
Spirits Show Up In The Weirdest Places 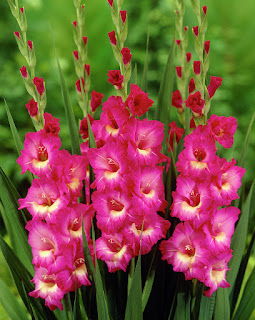 Recently, I was at a local grocery store buying cat food. The woman behind me at the checkout was buying gladiolas, my father’s favorite flower. I noticed the flowers on the conveyor belt and thought to myself, “Dad’s favorite flowers.” I took my purchases and began to leave the store.
The cashier called me back because she had charged me for the flowers for her next customer. Strange? I joked about how generous it was for me to buy her $35.00 in flowers.
I was supposed to talk to them about death. I shared my story about my father turning out the lights and tears came to both of their eyes. My story about life after death touched both women in profound ways, I couldn’t completely understand at first glimpse. They had both lost someone close recently. My sharing gave them peace. I thanked the woman who bought the gladiolas, as it brought my father close to me in an instant.

After Rich Resuta, (my ex-husband and daughter’s father) died on July 4th, 2012, he visited me on my drive back from North Dakota while I was picking up his truck and belongings. He had been working in the oil fields when his building company went bust. I was playing music on my iPhone, which began to crackle. I had to turn the radio on and found a clear station playing music from 1996, the year our daughter was born.

The first song that I heard was “Stupid Girl” from Hole, not my favorite band, but a significant message from Rich to me. He thought I was stupid for divorcing him. He never stopped loving me and was very angry I divorced him. A series of songs played that Rich cherry picked just for me that I would recognize as messages to me.

We don’t realize how powerful spirits can be at sending us messages. In previous blogs I have written about how my deceased ex-husband would communicate with me. Rich would throw bread and bagels off the shelves in the Walmart bread aisle when he was trying to get my attention. To this day, he shows up in my office and knocks on the closet door to say, “Hello, I am thinking about you. I still love you.” Sometimes he makes suggestions about action to take with Ariel, our daughter.

Spirits communicate mentally with us. We hear their voice in our head. We can feel their presence next to us. Our hair might stand up on the back of our neck. There is nothing to fear when a loved one

visits. They love you. They always will. When love was present, it is always present. Death doesn’t end love. Send love back. Talk to your loved one. Call on them by name when you need help with something here on earth. They are glad to do so.

Spirits Are Alive Not Dead

Three spirits communicated to me after their death, Rich Resuta, Diana David and JoAnne Butler, each of them saying exactly the same thing; “I am not dead!” Spirits are living, just not in a physical body. Every time I mentioned them and said they were dead, they would emphatically remind me, “I am not dead!” 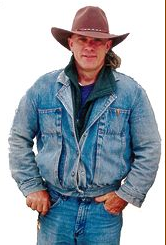 John Armbruster is another who communicated with me regularly after he transitioned. The night he died he became the wind surrounding my home. My son David noticed the wind immediately when we drove in the driveway. He remarked to me, “John’s here!” John sent me Great Blue Herons regularly for a year after his death, communicating me in this way to say he was thinking of me and still watched over me. You might have read my articles about My Twin Flame, in reference to John. He was a powerful Shaman and pipe carrier.


Communicating With Loved Ones

When people die they are spirits. They are in spirit form and feel emotions, sadness, compassion, and love. They don’t feel physical pain, hunger or sexual urges. There is no sex in heaven! They don’t 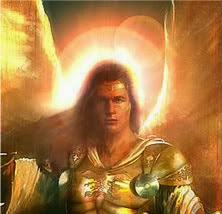 eat, they can turn on lights, turn off lights, play music where there was none, can send you messages through your radio, cell phone, and even the television.

If you think of them out of the blue, they are probably visiting with you. Sometimes they come in for a quick visit just to feel you and off they go to do their work.

Spirits have jobs. They don’t get paid monetarily for the work they do, but they can move up the ladder of evolution by their works. They assist people crossing over, they assist at accidents, they help people who are mourning. They continue to grow and evolve by their experiences in spirit form. They don’t remain static or stagnant.

There are levels of evolution in the spirit world. If you didn’t learn your lessons on earth, you get to do it again and again until you do.

John 5:24 – Verily, verily, I say unto you, He that heareth my word, and believeth on him that sent me, hath everlasting life, and shall not come into condemnation; but is passed from death unto life. 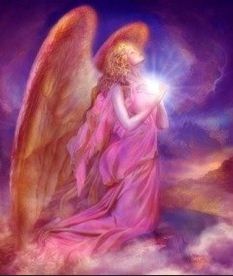 Angels are angels and have always been angels. Angels are not in human form. They don’t magically become angels. They are spirits. This is what is meant by “life everlasting,” in the Bible. Spirits live on, they have the ability to reincarnate into a physical body after death returning time and time again to evolve, grow and learn.

Some spirits are afraid to go down the tunnel of light for different reasons. They may want revenge, they might feel they didn’t finish their business on earth. There is a two-week period where spirits get to visit with family, friends and loved ones and then have to exit stage right. If they don’t leave, the portal closes and they are stuck here.

Just as some people are good, there are evil spirits as well. For more information, you can read this blog about attachments and soul fragmentation. 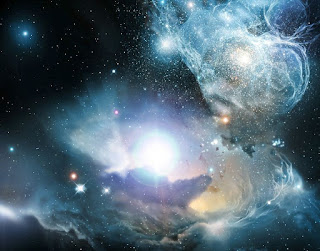 I have opened portals to help spirits leave and go to the light. In fact, I have done so for large groups of spirits on some sacred land where an entire tribe was left.

Channeling and Communicating With Spirits 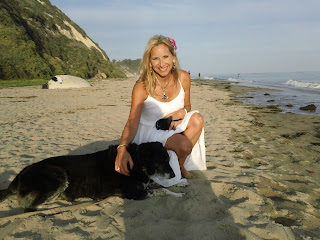 As an Intuitive healer, I often channel messages from the great beyond for my clients. Brothers, fathers, sons, daughters, mothers come through with messages of love, and hope. It is part of what I am here to do. Contact Jennifer for your private session.

Find out more about Jennifer on her website here: AphroditeEffect.com

Discover The Secrets of Manifesting

In my new FREE Webinar

Learn the Secrets to Manifesting Easily

Money and The Time To Enjoy it!

“The abundance work we did during your Masterclass brought in 10 new real estate deals in the last two weeks!!

I’m working nonstop now. I am so happy about this! Alicia Bakowski