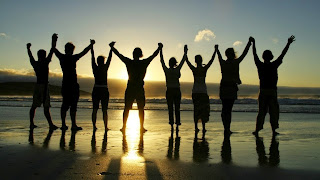 America is slowly waking up. Yesterday’s Presidential election is all about change for the United States. America has been asleep for a very long time. People are experiencing strong emotions of fear, sadness, and loss. Many are afraid of what we can’t see. We don’t know what the future holds.

Hispanic children are terrified that they will be deported. People are simply afraid of our future.

We need to be okay with what is happening, rather than being upset or feeling regret. A shake-up is exactly what we need. Everyone is responsible for where we are today. 93 million people stayed at home and did not vote, 40% of our population.
Together we have immense power. As a people, the 321.42+ million that live in the United States have tremendous influence and power. However, saying nothing, and doing nothing do not exercise our power. Not bothering to vote and then complaining about the outcome is like wondering why the horses have run away when we left the barn door open.

Joining together for a change is what needs to happen. We can’t change the fact that the electoral vote caused Trump to be our unwitting and unprepared president. We can change the electoral vote from being the component in our next election that casts doubt on our rights and ability to elect the president we choose.

Complaining about where we are does nothing constructive. Join together and do something. Write letters to your congressman. Create communities where we fight together for justice, equality no matter what color our skin is or what country we were born in. 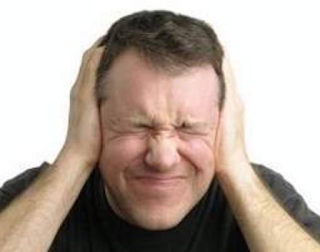 America has gotten fat, complacent and lazy. Our government hasn’t been for the people; it has been pro government and pro big business. President Obama signing in support of Monsanto is just one example. Did you know that Obama signed a protection act written in part by the billion dollar corporation it protects, Monsanto that deemed them unsueable? 78 pages into the bill that Obama signed is language that speaks of the biotech corporations it protects.
How does this protection act protect us the people? Clearly, President Obama was not acting in our best interest, but rather big businesses interest.
Trump is a businessman who says he will bring jobs back to our country that made our citizens redundant.
Many people of color are very concerned. We are all concerned. What have we done? We have sat on our hands for far too long waiting for someone else to do the dirty work. We can’t expect others to do something if we do nothing. We need to stand for our rights for humane and just treatment, for the respect of women and the rights of our children.
Will we stand for racism? Will we stand for pussy snatching and ass grabbers as our political leaders who disrespect women and rape their wives? Who are we as a people? Are we complacent? Or will we stand up for what we firmly believe? Will you close your eyes and allow the mistreatment of citizens, women, Hispanics and blacks?
Trump says he will rid our country of senseless waste. As a business person, he may cut the excess of congressmen and senators who have had better health care and wages than the public they say they serve.
Obama Care will be eradicated because it was wasteful. Obama Care left huge loopholes for big businesses like Wal-Mart to cut employees hours to avoid paying for health care of their faithful employees. Obama Care has not helped our country but hurt it.
How Did Trump Win?

It did not matter that Hilary had more votes than Trump. The Electoral College is what deemed the Trump win.

Most people have no idea that it is not the number of popular votes that wins the presidency. Electoral votes are what matter. The Electoral College was set up so that larger states do not overshadow smaller states or those with more rural areas. It is rare that a president is elected only by Electoral votes. The last time a President was elected only by Electoral College votes was in 2000 when George W. Bush became president. He did not win by popular vote nationwide. The United States deficit went into the Trillions of dollars during George W. Bush’s term.

How Does The Electoral College Work? 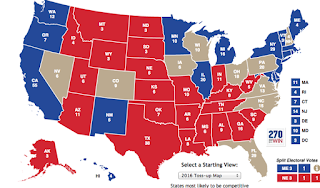 Each state receives a vote for each of its two senators and one vote for its congressional districts. Tennessee, for example, has nine districts and two senators and has 11 electoral votes.
The question is should we the people continue to allow the Electoral College to speak for the people?

For those of us who were once considered minorities who’s votes didn’t matter or count (women, Hispanics, blacks, Muslims) now they do. You matter. 53 million Hispanics cannot  be deported. It isn’t financially feasible.

Fighting or crying over the outcome is a waste of energy and causes suffering. Be okay with what is. We can find good in everyone. Everyone has positive attributes. What positive attributes can you find in Trump? You hold the key to your personal empowerment.

When is it time for a change? I assert the time is now.