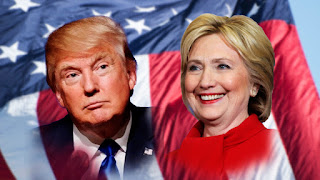 I was awakened this morning with a headline in my head. COMPLACENCY! 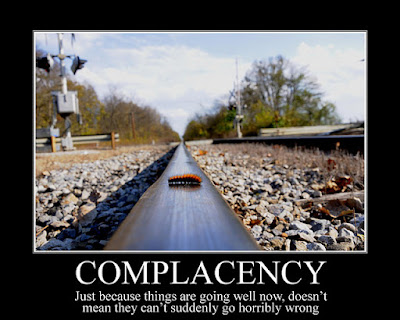 No matter where we live, complacency is dangerous. Doing nothing when the train is headed straight for us leads to disaster. Stay with me while I light a fire under our collected asses. Now is the time we all need to get out of our easy chair and recognize we can make a difference. We can make changes for the common good.

What is complacency? From Meriam-Webster

Whether you live in the United States or elsewhere, the President-elect, Donald Trump, and his Vice President are dangerous to our safety and well-being. Stay with me. I am not an alarmist. I am a realist. Donald Trump is already putting coal mining and other ecologically dangerous fuel mining issues on the fast track. President-elect Trump called “climate change,” a hoax.
Trump plans to push  fossil fuels rather than cleaner energy sources like solar. Just because it’s easily obtained, doesn’t mean it’s good. Trump is calling for fewer restrictions and onshore fracking in North Dakota to continue. His plan it to make the United States completely independent of the Middle East.
Energy isn’t our only concern. Vice President-Elect Mike Pence has a history of opposing gay rights and gay marriage. As the Indiana Governor, Pence has fought gay marriage and won. In 2013, Pence signed the legislation as governor that makes it illegal to apply for a marriage license.  In Indiana, gay couples face eighteen months in prison and a $10,000 fine for applying to get married. On a marriage license, in Indiana, there is a space for one man and one woman. Pence has gone so far as to say that “gays need to get fixed.”

“In the state of Indiana, marriage is recognized as between a man and a woman, and I think that’s how it should remain,” Pence said in 2014 in an interview with MSNBC’s Chuck Todd.

Pence also opposed legislation that made it legal to discriminate against people based on sexual orientation. Those with religious objections can refuse service to gays in Indiana. The Trump-Pence team could pose significant issues for gay rights.

The way the law is written in Indiana has caused quite an uproar.

What The LBGT Community Can Expect In The Coming Days

Obama brought change for gays, gay rights, and gay marriage. Bullying has also seen significant change. With a new political leader who is a known bully in office, we all need to be watchful, write our congressmen and political leaders and stay informed. In 2012, 57.5% of the population voted. In our most recent election

We have come so far to backslide on so many powerful issues. Solar is a renewable energy source. If more of us invested in solar power, we can make a difference. There are pros and cons to different energy sources. Each of us need to make informed decisions and do our part to change the fuel sources we utilize.
At this writing, the current population of the United States is 324,998,918. Each of us can make a difference.
The Power of The Collective
The truth is that each of us is a powerful creator. When we pray for the good of all our prayer is more powerful. What if each of us prayed each day anytime we think about our beautiful earth, or our gay friends and family members or our physical health for the good of all; a win-win for humanity. A miracle can happen.
The inauguration is on January 20th, 2017. We have about sixty days to create a miracle. If everyone prays for the same thing, we can create something different. What if there was a document that would undo the election results? What if a there was an illegal dealing that created the current outcome? What if someone paid for votes? What if hackers rigged the election? What if machines were rigged that switched the votes to Trump? Trump mentioned using hackers from Russia during the election to rig it.

What if the Russian bank hacking ring was just a rehearsal for the real deal, the election? Trump has already aligned with Putin. What would Russia have to gain from rigging the election?

Did Russia Instal Trump As Next President?

There were several reports that it took three attempts to get a machine in Bryan County, Georgia to correctly vote for Hilary Clinton, Democrat. How many voters voted and weren’t aware that their vote wasn’t cast correctly?

Strange Facts About The 2016 Presidential Election

We are powerful creators. Our prayers make a difference. Miracles can happen when we are not in fear. Stay steadfast and faithful. Know that we are always taken care of by God and The Universe.
Sign This Petition to stop Myron Ebell From Leading The EPA

“Donald Trump has chosen a leading climate skeptic to head the EPA transition. Do not let a man who denies science in the name of profit lead the nation in environmental protection.”

Pray This Prayer Every Day
Mother-Father God, we pray together for the good of all people, for the safety and respect of women and gays for the weak and the strong, for those who cannot stand up for themselves.  We ask for the truth to be revealed and the highest and best for These United States, and the entire world. We pray as your people together for a win-win for love, peace and the safety of the common man, women, and children. We humbly ask that the truth is revealed and that the highest qualified person for the President is installed.
Faithless Electors Switching To Hilary?

Who And What Is God?

Jennifer Elizabeth Masters is a powerful, intuitive healer and teacher. Her website is AphroditeEffect.com. You can reach her via e-mail.