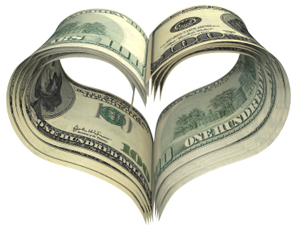 In the more than thirty years of discovery and healing, I have discovered a disconnect that most of people have. Most people have lack consciousness. Lack is a sense that there isn’t enough money or love. Most people go through life feeling that if their spouse did more they would be happier. If they loved us differently or had sex with us more often we would feel happy in our relationships.

From Tainted To True Love

This lack of love from our relationships translates into our financial issues as well. When we have money issues, we also have issues with love. Why? When money is in short supply, it is because we feel unloved. To have an abundant supply of money we have to feel loved. When we feel loved we feel full, rather than a sense of lack or emptiness.  Money is a tool for bringing us wonderful things. Money is an energy just like love, in fact, the energy of money and love are equal. If you feel empty, lost or unloved, money issues will result.

The problem is not outside or you, it’s INSIDE!

Our lack consciousness comes from feeling we aren’t enough and not feeling loved.

Bottom line, this pattern of lack comes from within. Somewhere in your past (and mine) we felt abandoned. We felt we didn’t get the love we either deserved or should have. We often feel undeserving or unlovable.
If you feel wrong broken or as if something is missing, you don’t feel comfortable in your own skin, don’t feel you belong or feel lost; these are all from beliefs and patterns stuck inside your unconscious mind.

From Tainted To True Love
THE GOOD NEWS! 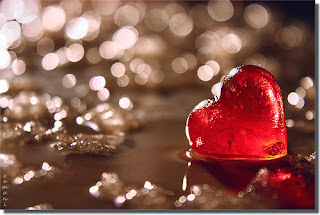 I have a fix for you! Beginning next week, right in time for Valentine’s Day!
Beginning Wednesday, January 27th!
I am offering a program that will move you out of that feeling that there isn’t enough.
From Tainted to TRUE LOVE!
If you think you aren’t enough, you won’t be.
If you feel unloved you are.
If you tell yourself you are ugly, that is how you feel.
If you feel no one will ever love you, you will never find love.
I have a way to fix it! Look at your relationships. Do they fulfill you? Or do you feel left wanting, that there wasn’t enough love to go around. Have you been cheated on, lied to or abandoned? Do you also find that as soon as you have money, it goes just as quickly as it came in?

When your relationships continue to disappoint you, it’s so easy to blame the other person: “If she would only” “If he wouldn’t”

However, the problem isn’t what you think – at all. If you give up and start over again, you will only attract another and another just like the one before – maybe even with more challenges and difficulties than the one before.

None of your problems are caused by the other person. Nope! None of them! I can certainly relate to what you’re going through.

About the Cascade of Miracles Prayer

“Thanks Jennifer. I was running late in getting home tonight, so I wasn’t as relaxed as I should’ve been and the house took a while to warm up. So I was cold and hurried when we started. I apologize for that. I did eventually relax enough to affirm the affirmations and be present.
I didn’t get a chance to tell you that the Cascade of Miracles Prayer is awesome. I ahve been listening to the financial clearing daily, and each time I listen to it and I add my prayers for other people, I have noticed unexpected sales, small amounts of cash and free stuff show up for me almost immediately. At first I didn’t make the connection, but I jokingly said to my daughter that each time I said the prayer for someone else, something wonderful happens for me. Then, it clicked. So, thank you, thank you. I look forward to great things in 2016.
You are indeed awesome and I am delighted and so grateful that you are taking the time to help us each week.”
“Hey Jennifer – had an amazingly busy week energy, business and greatness-wise. Here are the latest great things that happened since your clearing:
During the clearing I was wound a little tighter than normal and then the shift happened…
I had a makeup event in salon that was only 60% booked (which I always make myself sick over with stress and anxiety) and the evening before it was to happen I had a client text that she was bringing 3 extras and 5 minutes later another client text she was in town and wanted to attend, which made the event almost full. It was wonderful!!
Next my client was selling freshwater pearl and leather belts and one of my other clients had been wanting one for over a year now but unable to pay the amount. When the designer came in to have her hair done she said she would drop it significantly and I was so happy to let my client know the next night and she was able to immediately purchase it.
Before the makeup event the representative for our Jane Iredale line told me I was radiant and had great energy when I walked in. We then started talking about her family and Charleston and I found out her sister had just been diagnosed with Leukemia and was deteriorating quickly:(. I told her I would think positively for her and that I was sorry. An hour later she politely interrupted myself and my client with tears saying “I told you you had good energy today-my sister found a bone marrow donor and is being flown to Dallas ASAP. I was so lucky to be a part of that!!!
Thursday morning I noticed the regular homeless man outside the gym and realized I had forgotten to drop my husbands clothing off at Goodwill. I pulled to the man and asked if he wanted to browse and take what he needed and wanted and he happily took much of it. I spoke with him for a while and noticed he needed new shoes- asked his size and sent a text to some friends with tall husbands who may have large enough feet. I left that conversation feeling adrenaline the type you feel after you had almost been in a car wreck. Happy – true happy energy – flowing through my whole body and I squealed out loud with joy and excitement!!!
All last week I was Giddy and playful and wasn’t stressing over employee drama at the salon.
I pulled the trigger on a huge billboard for my salon and was lucky enough for one of my talented clients to happily help me with it when I asked.
My Salon Media Kit was completed and will be personally sent out to 50+ contacts and I feel like I am giving birth to a whole new baby;)
Electrician had to come do unexpected work worth of $900 at the salon and then they told me it was only going to be $360!!!!
Was put in touch with the politician in charge of bringing the film industry to Atlanta and he immediately set up a face to face meeting at my salon to talk about how he can put me in contact with the right people to help!!  Huge!!!
Someone stopped a client at the gas station across from the salon to find out who gave her her haircut then came in the salon to book an appointment.
I had a gift for my salon manager and gave it to her and let her know how much I appreciate and enjoy her!!  Timing was everything!!
Merging traffic  had also been great and I have been more patient and appreciative towards my husband-now to work on the sex part;)!!
I have forwarded your info out and hope they take advantage of your gift.  Thanks for touching my life!!! – Jodi Grieshop

About The Aphrodite Effect

“Hello Jennifer, thanks so much for this gift. I started listening last night and it is just great so far. I tell you, the clearing you did on Thursday was so powerful, it literally knocked me out. I awoke Friday feeling so tired and feeling energy moving out my feet and hands and my head hurt. I didn’t even go to work, I slept all day.
By Friday evening, I felt much better but still had a headache, so I took an Epsom salts bath and just imagined my crown chakra opening and beautiful light streaming through. That helped a bit.
Saturday, I felt much much better but still slightly blocked in the head. I kept imagining white light streaming through my crown and by night, the headache was completely gone.
I don’t mean to be so wordy, but I had to let you know, you moved some very stuck energy from me and I thank you.
I will let you know what comes up for Wednesday’s class that I would like to focus on.
I liked your pace. You were right on, not too slow, not too fast.
It was not too rudimentary. I learned a lot. I especially loved the prayer asking my dad for forgiveness, saying sorry and thank you…awesome.
Even though I know that Hawaiian prayer, I had forgotten about it.
Thank you for your time, your talent and for you! I look forward to my continued expansion.” – Cynara
Sign Up NOW!