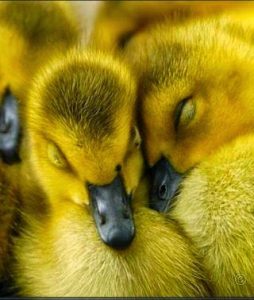 You’ve heard the expression, “never say never!” Though it has been a gradual transition, I never thought in a million years I would become a vegan, I have given up meat many times without commitment till now.  I fasted this week only eating fruit and veggies. I became initiated into Kriya Yoga on Good Friday in a private ceremony in Laguna Beach. Part of the commitment is to not eat anything that has a face, including eggs. This is my first meatless Easter. 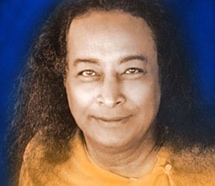 Happy Easter! Happy Passover! Happy Spring!
Paramahansa Yogananda brought Kriya Yoga to the west. Kriya Yoga is a series of deep meditative devotional practices which expand the light for the devotee, burn all karma and allow you to be complete at the end of this lifetime without having to reincarnate again.
I have been deeply committed to my spiritual practice, meditating and chanting daily. Kriya Yoga takes meditation deeper, expanding the practice tapping into the lineage of Mahavatar Babaji.
In September 2016, I received the book Autobiography of a Yogi as a gift out of the blue. The joy of receiving this beautiful book ignited the flame to read the book completely. I have my son’s girlfriend, Melania Armenta to thank for leading me further along this path. I read it slowly, savoring each page. I knew as I did when I read Siddhartha that I wanted to be initiated into Kriya Yoga. I began to research ways to do learn about Kriya Yoga. I knew learning online wasn’t for me through Self Realization Foundation. Though their pricing was inexpensive, I needed to be initiated as well in person. I considered it several times but never signed up.

In December Babaji came to me while in meditation when I called on Yogananda. I didn’t realize it at the time, that meant I would become a yogi – a student of Kriya Yoga. I looked into learning on-line, but this form of learning didn’t speak to me. I knew that wouldn’t work for me, so I put it aside.
When You Follow The Energy Of Your Heart
Through a series of interesting connections and spiritual gatherings I attended in LA, I met someone who suggested I attend another gathering that led me to see a very talented, young musician from Israel. I attended two events that Shai Baruch gave in Hollywood to support him. When you give of yourself, you are rewarded. 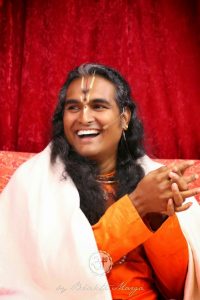 At the second event, I was introduced to a very close associate of ParamahansaVishwananda a living Avatar like Jesus was. We shared stories. His eyes became wide when I told him Babaji came to me in my meditation in December along with Yogananda. I didn’t realize how special it was that Babaji came to me. Apparently, unbeknownst to me, I was already on the path leading me to Kriya Yoga initiation!
During this sharing, he told me of Vishwananda’s ability to manifest jewelry at will. He showed me two rings he had on his hands. The manifestation of material items is something that gets my attention. Being able to manifest out of thin air is what Jesus did. Hello???!!! Are you listening? I was. During that conversation, a gentleman I had met at several spiritual events invited me to the very special private Kriya initiation on Good Friday. I know when my path is leading me to something powerful and life-changing. I said YES! I changed my schedule to accommodate the event, and the rest is magical. I have already been invited to have an audience with Paramahansa Vishwananda privately during the week he is in Los Angeles in May.

As a child Paramahansa manifested vibutti  a holy ash which covered the walls of his bedroom.

Kriya yoga was brought to the planet to fully awaken humanity by bringing the experience of God to each individual. Kriya yoga is a spiritual practice passed down through the centuries from guru to disciple through instruction, initiation, and transmission. Babaji to Lahiri Mahasaya, Sri Yukteswar, Paramahansa Yogananda and so on to the Swami, Swamini to the student. You cannot receive the same benefit without the Shaktipat (transmission) that culminates the passing down of the lineage and connection to Babaji. Had I not experienced this initiation, I would not have felt the connection of the past masters working behind the scenes. The feeling of connection to these masters was palpable.

Kriya means action.
Bhakti means love and devotion.
Yoga is the union of mind body and a spiritual science of self-realization. The root of yoga comes from the Sanskrit word “Yuj” which means to unite or join.
Interestingly, after my initiation, someone very close to me felt a barrier between him and me after this initiation energetically as if there was someone between us. The blanket or love that surrounds me is profound. I am deeply honored to have been brought to this deepening of the light within me.
Now my work truly begins. As I learn and practice these new meditations my healing and coaching work becomes expanded as well. My clients benefit from this initiation and expanding of the light within me. If you are interested in more information about Atma Kriya Yoga, you can visit Paramahansa Vishwananda’s site. 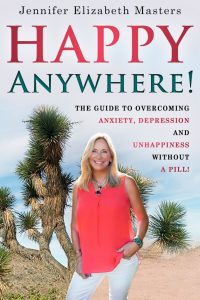 Paramahamsa Sri Swami Vishwananda is an enlightened spiritual master and founder of Bhakti Marga, the path of devotion.
Visit Jennifer’s website: JenniferElizabethMasters.com
Send Jennifer a private e-mail.
I wish you so much love that your heart expands! Have a wonderful Easter no matter what your belief or practice!