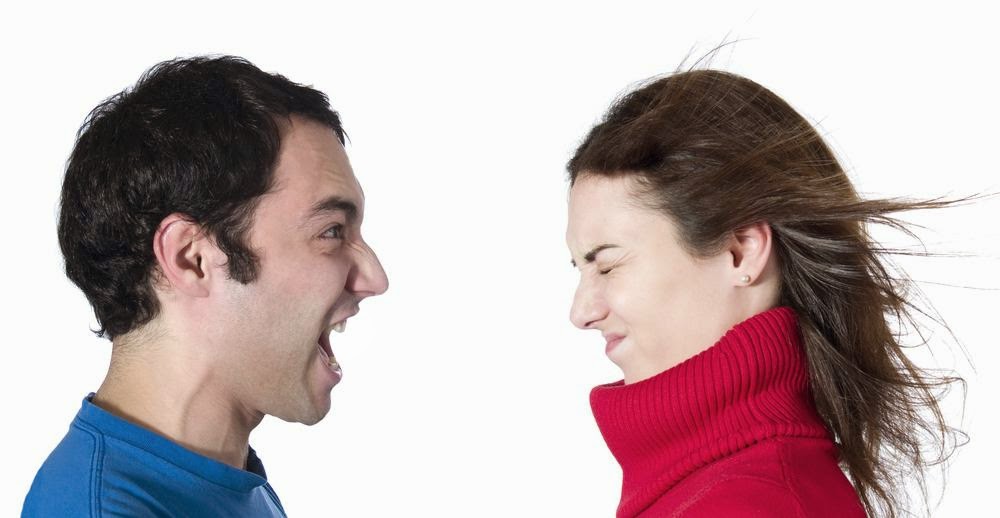 Fighting and arguing can allow us to vent, release tension as well as pent-up emotions. Yelling is not be the best way to express ourselves, but in the heat of the moment, it may be healthier in the long run to vent a little rather than stuff it. When we suppress our anger, we are denying it’s presence. Anger denied will surely resurface somewhere else, and you might not be very happy about the aftermath. 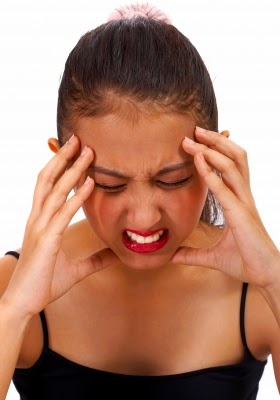 When we keep quiet about being disrespected, mistreated or invalidated we stuff down the emotions that are attempting to surface. Emotions are meant to move, rather than be immobilized. Repression creates health issues, sometimes immediately. Over time, repressed anger can become cancerous tumors if left unexpressed. Which is why cancer often resurfaces after chemo and radiation. The underlying emotional issue is still present that caused the problem in the first place.
Anger? What Anger? 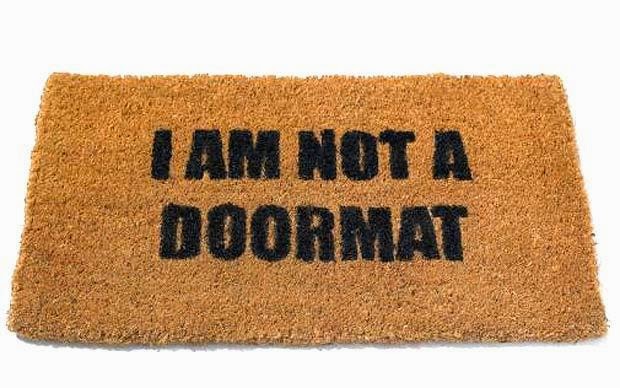 Have you ever wondered where anger comes from? When our boundaries are crossed, we are disrespected or treated as if we don’t matter, our natural response is anger. Anger is a sure sign of crossed boundaries. If you have difficulty setting boundaries, anger is the first thing you feel when someone pushes you over the line. It could be a simple question that you have been asked before, but anger surfaces seemingly out of nowhere. When a particular issue arises again and again, the history of the past degradation or disrespect can really push our buttons. For good reason. We are meant to have healthy boundaries. We are not meant to be doormats for others to wipe their feet on, metaphorically speaking. 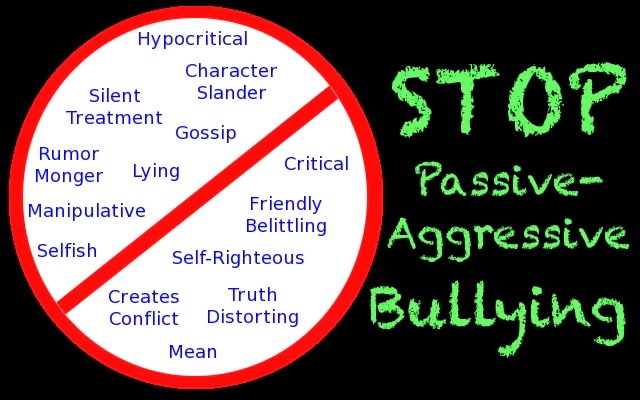 Passive Aggressive
Depending on the way we were raised by our role models, we may have been taught by masters of the art of passive aggressive strategies. Without realizing, we can use the back door poke and run game that children use. “Oh ya, well then ….  there! See how you like that Mr. Fancy Pants!” Passive aggressive behavior is covert, secretive and manipulating. Eye contact is avoided. Rather than speaking up for oneself, you may ignore your partner when you are angry with them, turn your back on them in bed, huff, puff and generally act like a child.

Slamming doors and walking away is another way to show that you are angry, without communicating how you feel in a positive way. People who are passive aggressive tend to avoid conflict and communication. When you ask, “Are you okay?” The answer is usually an abrupt, “I’m FINE!”

If you are prone to sinus infections, it is likely that you repress anger, rather than discuss and deal with it. Sinus infections are a result of holding in your words, rather than expressing what is coming up for you, usually with someone close to you. Notice the next time you get a sinus infection: did you have an argument with someone where you did not speak up? Did someone cross a boundary? Were you triggered by something that was said that you did not mention to the other person? When we keep our feelings hidden and suppress them, they have to go somewhere.  Thoughts are formulated in the Prefrontal Cortex of the brain, immediately above the sinus cavity. It makes sense that these thoughts slide down, and ferment in the sinus cavity causing a brew that becomes painful.

Once you recognize you have a sinus infection have a conversation with the person quickly that you are angry with. The sooner that you can act and move the energy the better. If you can’t speak with the person involved, do the next best thing: write them an honest letter pouring out your emotions with all the reasons you were upset and angry. There is no need to mail this letter. Burn the letter in a safe place. This releases the energy.

Louise Hay wrote her book, You Can Heal Your Life, over 20 years ago. Millions have used her book and healing mantras to recover from serious illness and ailments. It is part of my healing process.

Often fear is the motivating factor in avoiding conflict. We can be afraid of losing what we have. We can be afraid if we speak up that our partner will not accept us, leave us, or not love us. All of these feelings are motivated by fear. Many women are afraid of men when they yell. This can be because their father raged and yelled to express his anger. When our parents had poor communication and conflict resolution skills the only method for resolution was yelling at one another. Needless to say, little was resolved in this way. Often both parties would retreat to their safe space in anger, fuming for days or even weeks. One person ended up getting the short end of the proverbial stick. Compromise and fair fighting were not often utilized.

There Is No Winning When You Want To Be Right

When we focus on winning an argument, we are losing the relationship war. You may win the argument, but sex, affection and anything that feels warm and loving may not be experienced by you for quite some time when you win. Competition and winning are not components of a healthy balanced relationship. When you make winning the focus you are making the other person WRONG.

Relationships are not static. They are ever growing and changing. The more able you are to change and allow, the greater chance of success will be. Healthy relationships involve listening, and open-hearted communication. Attacking, yelling or condemning the other will not get you what you want. Your partner will stop listening when they feel attacked. Instead, listen to their complaint. Acknowledge, “I hear you saying that you feel that

__. Mirror back to them what they have told you, so that they know you heard them. Then tell them that you are sorry. Resist the temptation to use the “You do that to me all the time!” line. It will shut them down and not get you what you want, which is LOVE.
When you attack another’s viewpoint, they will stop listening. When your partner stops listening, you get nowhere. When your partner is upset, (she) won’t want to have sex with you.

Other Illnesses Caused By Suppressed Anger or Resentment

Women seem to have a more difficult time than men overcoming an emotional interaction. Perhaps it is because men frequently communicate more openly than women do with anger. Historically, little boys were allowed to be angry, where girls generally were not. Once an argument is over, men can move on and put it behind them (typically) more easily than women. Women process differently and rehash discussions and conflicts in their minds. They may even have arguments with their significant other in their heads!

Due to our slower processing speed, it is more difficult to get a woman to consider sex after an argument. If we argued with you in the morning, it might be days before we have processed the event enough to feel warm and fuzzy about getting busy with you. In many cases, it is a “HELL NO!” 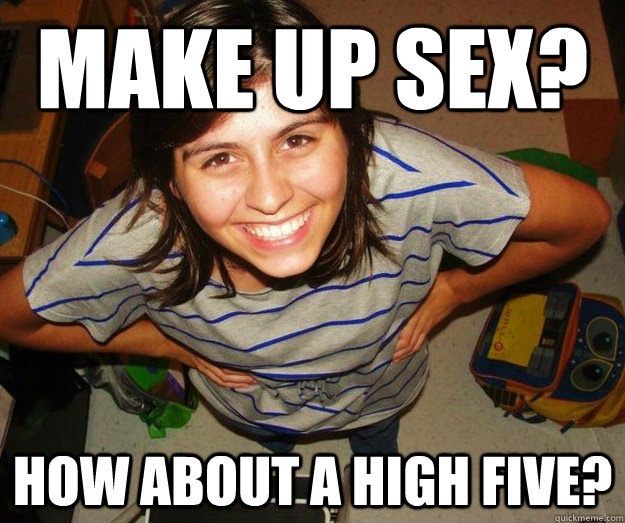 The National Guild of Hypnotists.
The Spiritual Response Association, Advanced energy practitioner. Meaning she can clear past patterns, limiting beliefs, negativity, attachments, control issues, etc.
Coach Training Alliance, a 22 week coaching training that cost thousands of dollars. Jennifer is so much more than a coach. She is a healed healer and catalyst.
Neurolinguistic Programming Practitioner, meaning that she has the ability to eliminate fears, triggers and things that make you feel like you can’t cope.
Jennifer not an ordinary coach. The energy clearings that she does set her apart from other coaches. She has the ability to clear patterns, limiting beliefs and long standing hurt. These energy clearings will help you focus, feel lighter, more positive and give you a sense of freedom that you have not felt before.
Jennifer is the author of Orgasm For Life and Odyssey Victim to Victory. She is a Georgia Master Gardener. Now she helps you tend the garden of your heart. She is an animal lover, communicator and channel. She is compassionate, direct and honest. She is one of the most authentic people you will ever meet. Don’t ask a question you don’t want the answer for, she will tell you the truth. Some people are not ready for the truth. You can connect with Jennifer through her private e-mail here:
[email protected]